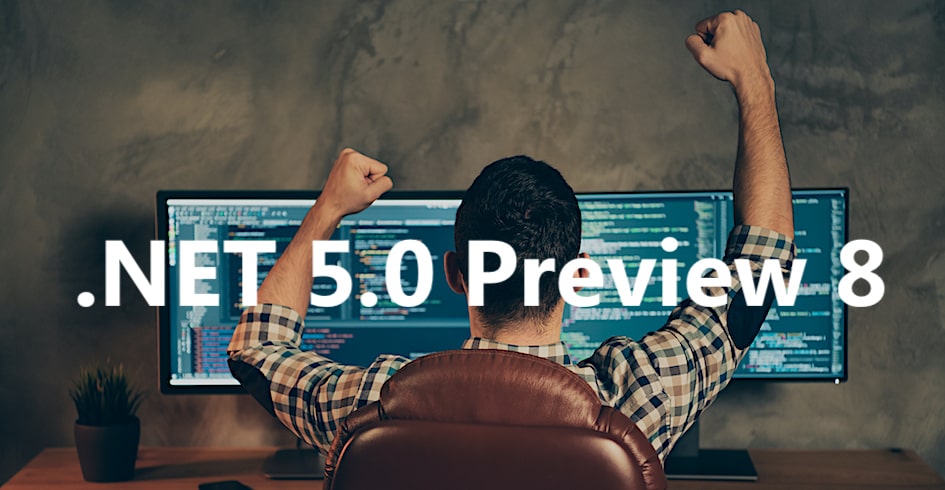 We first wrote about the coming merger of .NET Framework and .NET Core in May of 2019, and the time for the completion of that effort is fast approaching. If you are out of the loop on this, let’s get you caught up.

A Brief History of .NET and .NET Core

The State of the .NET Union

Not only is Microsoft following an aggressive development schedule for .NET 5.0, but they are achieving their objective — hitting all of the projected milestones with marginal delays. The preview releases that we have been monitoring are demonstrating solid work and attention to detail. Bugs identified by the community are addressed quickly and efficiently. And while .NET 5.0 will have breaking changes, applications making the transition from older versions should have about as clean an upgrade cycle as possible.

.NET 5.0 Preview Release 8 is now a fully-featured, functional version of what we are going to get. Yes, there are still some bugs to work out and there are a significant number of pull requests remaining to be integrated, but the meat is all there. All of the fundamental objectives of the effort are in the package, including:

Microsoft has written up a full description of all the features and functions. A link to that announcement — including code samples — is in the Resources and References section below.

Microsoft has tipped their virtual hats to acknowledge that there are a few things that developers want that will not get into .NET 5.0. These features and functions have been bumped to .NET 6.0, including:

It is no understatement to say that the pending .NET 5.0 release is the most significant event in the world of code in the last several years. Microsoft is betting the coding farm on the success of this effort. It is not an exaggeration to say that it will set the tone and define the success of the entire Microsoft application and software development ecosystem for years to come.

We will be following the progress of the .NET 5.0 Release Candidate versions as they come out. You can stay up to date by following our posts on LinkedIn. And as you might expect, we will create a long-form article covering the production release of .NET 5.0 when it is available.

We will be posting periodic updates as release candidates are announced in the run-up to .NET 5.0. You can keep up with the latest news by following us on LinkedIn:
https://www.linkedin.com/company/iowacomputergurus-inc.

Visual Studio Magazine wrote a piece about the recent enhancements to Blazor:
https://visualstudiomagazine.com/articles/2020/08/27/blazor-updates.aspx?admgarea=ALM

You can get technical information and download Microsoft .NET 5.0 Preview Release 8 here: https://dotnet.microsoft.com/download/dotnet/5.0

Microsoft published their Native AOT developer survey (good on them for the transparency):
https://github.com/dotnet/runtime/issues/41522