The Biggest Announcements from Microsoft Build 2020: The Community Weighs In 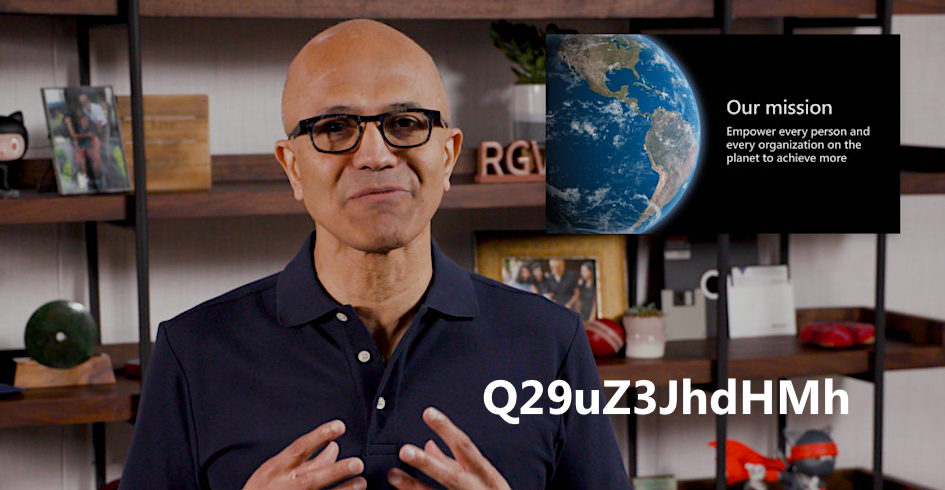 Microsoft Build is one of the biggest events each year for developers. If you write code for .NET, C#, or any other development platform on the Microsoft stack, then MSBuild is Christmas morning — tons of new toys to open up and start playing with.

For Microsoft, 2020 was going to be a special year no matter what. The Redmond tech giant has been making all the right moves over the last several years and is once again at the top of the tech heap. And as you have seen in our previous posts, the innovations are coming hard and fast, so Microsoft had a lot of things for software makers and website builders to get excited about. But 2020 is also the year of COVID-19, which — among other calamitous impacts and frustrations — eliminated in-person tech events for the year (perhaps even changing them forever).

So, Microsoft took the event 100% virtual for the first time ever.

Microsoft Build 2020 Was a Huge Success

There has been a lot of media attention justifiably congratulating the MS Team on the quality of their virtual event. They did an exceptional job. It was likely one of the best virtual tech events we’ve ever seen. We suspect that even the spectacle-oriented folks at Apple were taking notes. But as good as the content, stage sets, insider Easter eggs, and production values were, we are here to talk about the code and platforms — the meat and potatoes of the event that we work with every day.

How do you choose which announcements are the biggest and the best? Quality is subjective. So, we polled a few of our peers in the Microsoft development community — other notable developers, MVPs, and luminaries — to see what they thought. In our completely non-scientific poll, it turns out there is a bit of a consensus.

There was no shortage of news. Microsoft came out with major releases and announcements covering the gamut — from Azure Cloud, compute services, and developer tools through the Microsoft 365 productivity suite, security systems, and Windows OS. There was even some exciting content on the Edge browser and Bing search. We will provide resource links to these topics at the end of this article. Our unofficial panel of Microsoft technologists focused on three significant items.

Previously, building desktop apps has been a completely different project from building mobile apps. But the modern world is demanding seamless, integrated experiences across all devices and platforms. So, it’s no surprise that most of the excitement we’ve heard from developers stems from the announcement of a new .NET Multi-platform User Interface (MAUI).

Beth Massi definitely has skin in the game. She is the Product Marketing Manager for the .NET Platform at Microsoft and a Board Member of the .NET Foundation.

“.NET MAUI will allow developers to build apps for any device from a single codebase and project system, including desktop and mobile devices across operating systems. .NET MAUI is the evolution of Xamarin.Forms and will be part of the unified .NET in the .NET 6 time frame, with previews available at the end of 2020.”

Mitch Sellers is a ten-time Microsoft MVP, ASP Insider, and Leader of the DNN Technology Group. He is CEO of IowaComputerGurus. Mitch thinks that this is a game-changer.

“I think the most beneficial, long-term impacting announcement is .NET MAUI. It continues to unify and streamline the development practices allowing developers to use the SAME technology for the development of all platforms, reducing costs and training requirements.”

Calvin Allen is a Microsoft MVP. He is a Software Architect at Centric Consulting.

“One of the most exciting announcements from MS Build would have to be the unveiling of .NET MAUI. It’s an evolution of Xamarin.Forms, not just in branding but under the hood as well. Cross platform application development is about to get a lot more exciting!

Here are some highlights:

Developers have LONG had a love/hate relationship with JavaScript. It was first released in 1995 — some of the earliest days of the web. Sure, it has been revised and updated many times since then. But it’s still quarter-century-old technology on the inside. The internet is simply NOT the same place as it was back then. Blazor was designed to be a replacement so developers can build interactive UIs using C# — faster, more stable, more flexible, and more secure.

At MS Build 2020, they announced that Blazor will now support WebAssembly.

“Blazor, which allows developers to build interactive web UIs with C# instead of JavaScript, now supports WebAssembly. This added capability means developers can build client-side web apps (PWAs) that run completely in the browser with .NET. These compiled applications run faster and with less memory than JavaScript.”

You can read more about this announcement on the Microsoft blog, and you can get started with Blazor here.

Shaun Walker thinks that this is a big deal. Among many other things, Shaun is the creator of DNN (DotNetNuke) and is Chairman of the .NET Advisory Council. He is currently Technical Director at Softvision.

“ASP.NET Blazor WebAssembly is a game-changer as it allows software developers to create Single Page Applications using a consistent object-oriented, strongly-typed technology stack from back to front. Based on a powerful component model with a rich integrated debugging experience, it makes rapid application development and code re-use a first-class citizen once again. Used in conjunction with a modular application framework such as Oqtane, developers can significantly accelerate the development and delivery of their digital transformation projects.”

As you can see, .NET MAUI and important advancements in Blazor got a lot of attention. But the overall drive toward a unified .NET platform is still advancing at a breakneck pace. If you remember, back in March we were talking about the .NET 5 Preview Release 1. That was only two months ago. Well, at MSBuild 2020, Microsoft announced the coming release of Preview 4.

“.NET 5 is the next version and future of .NET. We are continuing the journey of unifying the .NET platform, with a single framework that extends from cloud to desktop to mobile and beyond.

Looking back, we took the best of .NET Framework and put that into .NET Core 3, including support for WPF and Windows Forms. As we continue the journey, we will move Xamarin and .NET web assembly to use the .NET 5 libraries and extend the .NET tools to target mobile and web assembly in the browser. At the same time, we’ll continue to improve .NET capabilities as a leading cloud and container runtime.”

You can read a complete run-down of .NET 5 Preview 4 on the Microsoft developer blog.

In our immediate developer community, the biggest news coming out of MSBuild 2020 was .NET MAUI, Blazor’s support for WebAssembly, and the continuing advancements toward the .NET 5 unified platform. But as big as these announcements were, they barely scratch the surface.

Microsoft created a gorgeous, interactive summary page called “Book of News” where you can review all of the major announcements and cross-link to supporting content. You can find that interactive page here. If you have any questions about the Microsoft technology stack and how these announcements impact your existing technology stack or project, just let us know. We are always happy to help.

We want to congratulate Microsoft on the success of Microsoft Build 2020. We can’t wait to see what comes next.