Azure Space Makes a Starlink Deal to Redefine The Edge 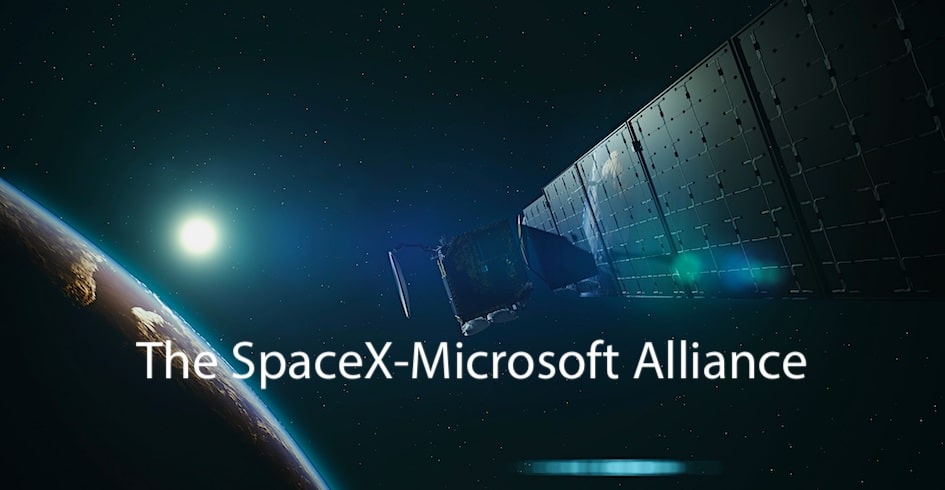 We have been around datacenters for our entire careers. For decades the trend has been toward bigger and more powerful data centers that contain literally millions of processors. These behemoths are placed where power is cheap and bandwidth easily available. Want to find the location of the biggest fiber channels in the United States? Plot the major cloud data centers on a map and the lines become clear.

There are no plans to scale back the deployment of these massive monuments to the cloud any time soon. But all of those huge industrial data centers have significant downsides:

There is even a name for these huge footprint facilities — Hyperscalers. And Microsoft, Facebook, Google, Amazon, and generic service providers build literally dozens of them each year.

But there is a quiet revolution happening — something ultimately more important than quantum processors and 5G cell phones.

Imagine the Future of Cloud Connectivity

If you’re older than the age of forty, you remember a time when cell phone just did exist. If you wanted to make a call, you had to have a phone attached to wires to supply power and connectivity. You could only call people who also had a phone connected by a wire. If you were walking around, they put payphones at strategic location locations … all of them connected to wires.

The advent of cell phones allowed people to walk around with communications in their purses and pockets. The phones would charge up with internal batteries and transmit calls and connect to the internet using radio frequencies. Some people don’t even have wired phones in their homes anymore. They rely completely on their wireless cell phones now.

What if you could find a way to do something similar, but with data centers?

Last week, Microsoft announce a partnership with Starlink — the satellite subsidiary of Elon Musk’s SpaceX. Their vision is to keep building the big regional datacenters, but to also build tiny, self-contained ones as well. These new modular enclosures would be about the size of a truck trailer and they would house everything from power conditioning and cooling to compute in a small portable unit that could be deployed just about anywhere. Sometimes they would have a wired connection, sometimes they would be linked to the network of Starlink satellites, and often they would be connected to both.

For the last several years, technologists have had a more limited version of “The Edge.” They imagined small data centers inside of cities to bring compute power closer to where it is needed to reduce latency. But Microsoft and SpaceX have a much broader vision. They are collaborating to bring The Edge closer to everyone on the planet. The point is that the power and innovation of the cloud are no longer bounded by the physicality of space, accessibility to power, or even to connectivity itself.

The potential is incredible with the promise of delivering the internet and compute power to locations that never had it before. 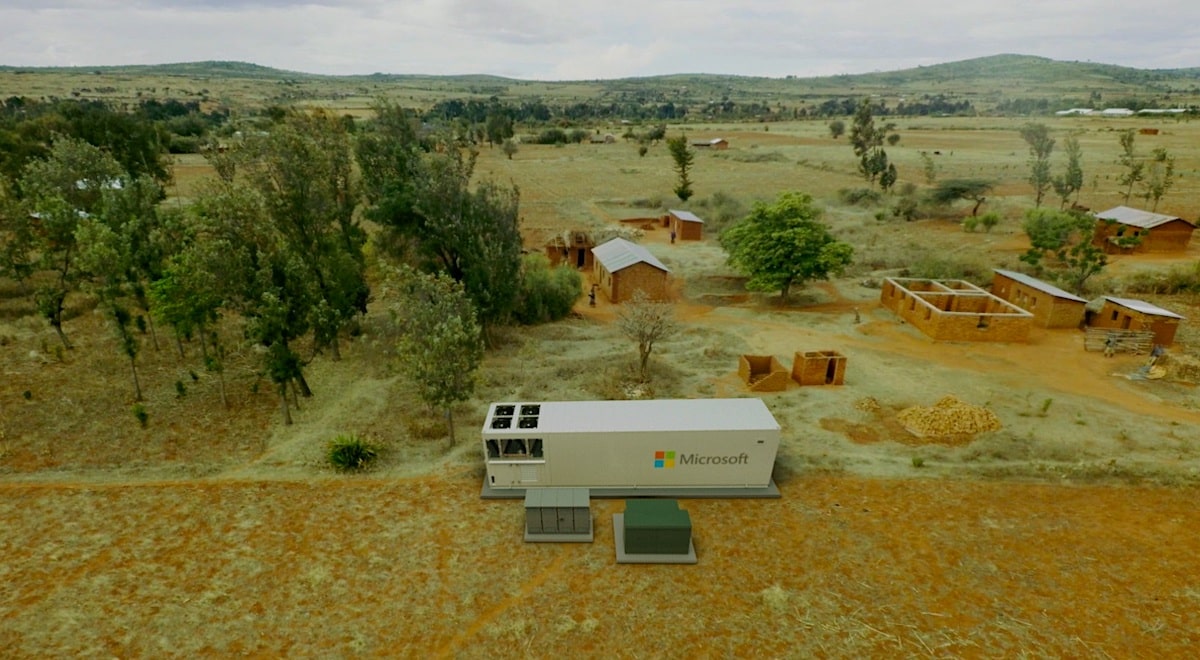 The Space Deal Amazon Should Have Made

Amazon’s Jeff Bezos has been … let’s just say “distracted” a lot over the last few years. Azure has been taking cloud market share and positioning itself as the innovator in cloud and application development. The real problem arises in that Bezos’ has his own space-oriented side gig — the terribly-named “Blue Origin” aerospace company. Progress there has been slow and sporadic. But it would have been an admission of failure for him to approach Elon Musk about partnering on space-age connectivity for Amazon’s Cloud solutions.

He should have … but he just couldn’t.

This left the “windows” wide open for Microsoft to synch up with SpaceX. We had Azure Cloud, and now we have Azure Space. And Microsoft now has Amazon in the rear-view mirror.

If you have questions about anything Azure — in the cloud or in orbit — just let us know. We are official Azure Cloud Solutions Providers and we’re always happy to help. 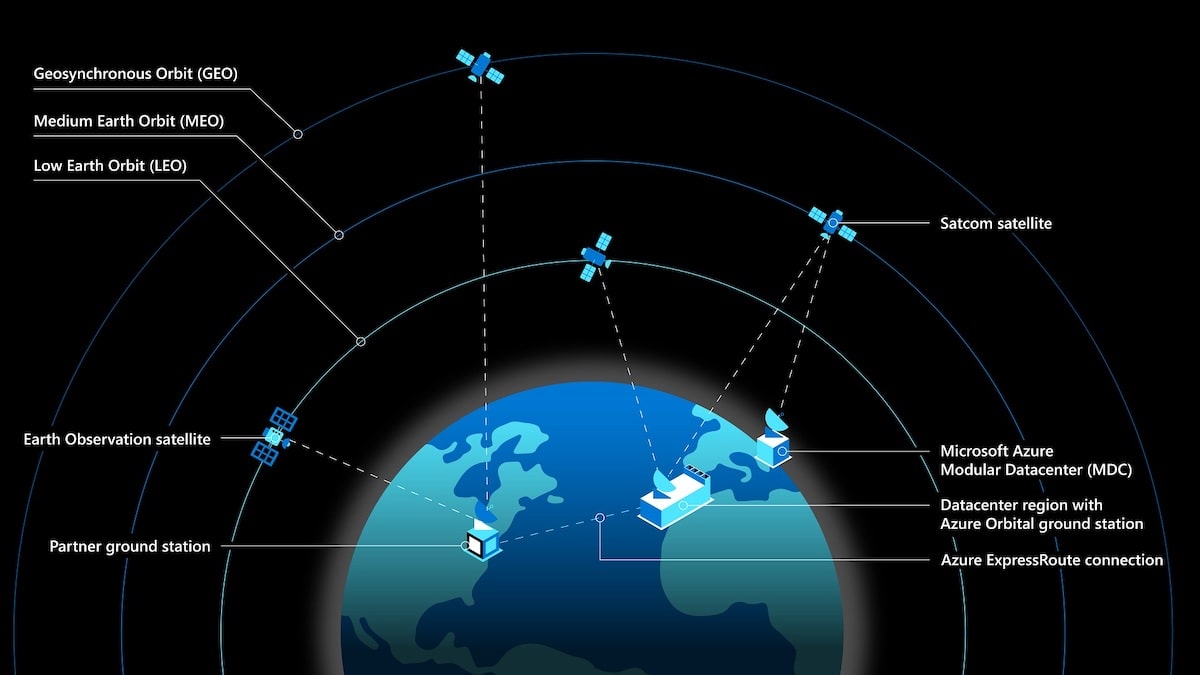 “How much energy Do Datacenter Really Use?” — an article by Energy Innovation
https://energyinnovation.org/2020/03/17/how-much-energy-do-data-centers-really-use/

“Building at Scale: Hyperscalers aim to build at $6m per MW” — DataCenterDynamics
https://www.datacenterdynamics.com/en/news/building-scale-hyperscalers-aim-build-6m-mw/

The Deal Between Microsoft and SpaceX has been widely reported:

Images provided by Microsoft and licensed for editorial use such as this:
https://news.microsoft.com/azurespace/